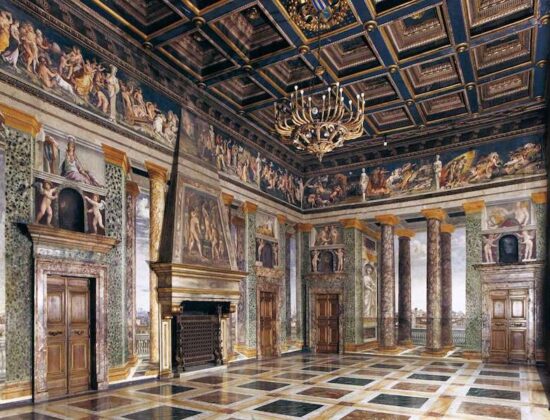 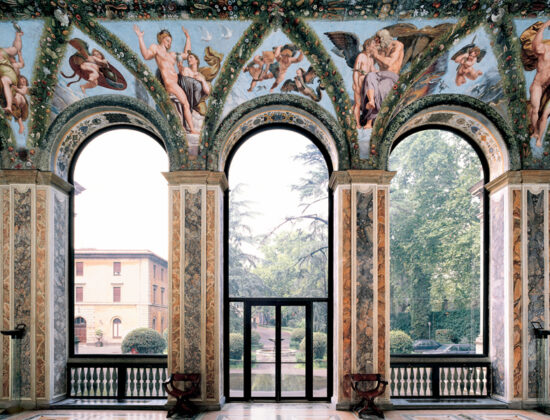 Villa Farnesina & the frescos of Raffaello

Save time with our Skip the line tickets!

The Villa Farnesina in via della Lungara in Rome, in the heart of Trastevere, is one of the most noble and harmonious creations of the Italian Renaissance, commissioned by Agostino Chigi to Baldassarre Peruzzi, and frescoed with paintings inspired by classical myths by Raffaello Sanzio, Sebastiano del Piombo , Giovanni da Udine, Giovanni Bazzi known as Sodoma, Giulio Romano and Giovan Francesco Penni.

In 1511 the villa whose “viridarium” was bathed by the Tiber was already built and partly decorated and Agostino Chigi called “the magnificent” lived here his splendid life as a patron of the Renaissance amid riches and honors, protector of artists and friend of princes and cardinals whom he loved to receive in his home. After so much splendor during the life of Agostino, the villa, in which the Lanzichenecchi had bivouacked during the sack of Rome, at the end of the 16th century was purchased by Cardinal Alessandro Farnese, from whom the name of Farnesina comes, to distinguish it from the Palazzo Farnese , across the river; according to a project by Michelangelo, a bridge over the Tiber was to connect the two properties of the Farnese. The villa then passed to the Bourbons, then in emphyteusis to the Duke of Ripalta and finally was purchased by the Italian State as the seat of the Academy of Italy. The palace today is the representative seat of the Accademia Nazionale dei Lincei.

OPENING HOURS TO THE PUBLIC:

Extraordinary openings of the Villa are possible for exclusive events and visits – at least 15 days notice is required.