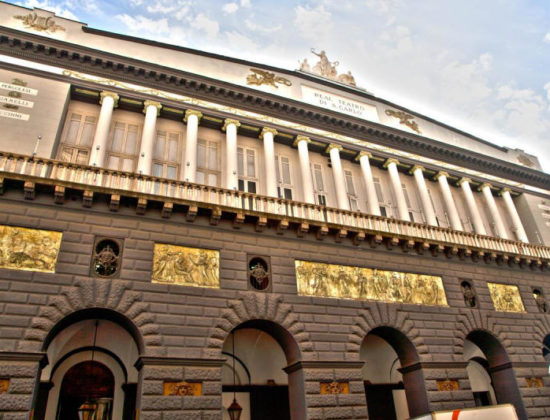 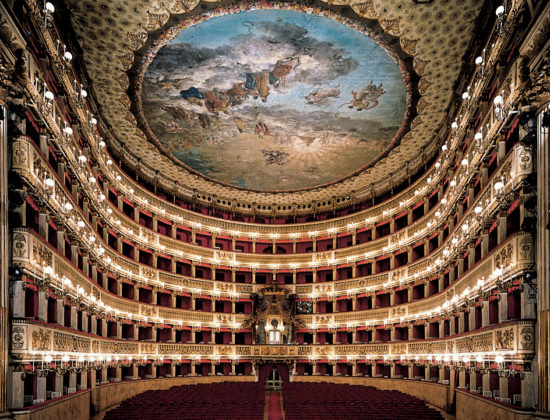 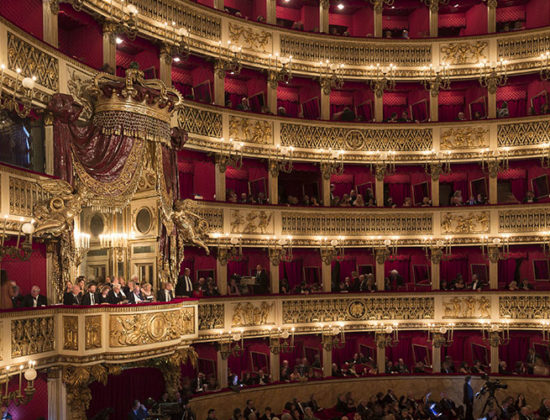 *ATTENTION*: due to the current COVID 19 pandemic all shows are suspended until further notice

The origins
Next to Plebiscito Square, one of the symbols of Naples, stands the shrine to Italian opera, whose foundation precedes  the Scala theatre in Milan  by 41 years and the Fenice theatre in Venice  by  55 years. It was in 1737 that the first king of Bourbon, Charles III became the promoter of a project that combined magnificence with amazement and became a clear sign of his power: a theatre! It was the architect Giovanni Antonio Medrano, the Spanish colonel brigadier stationed in Naples, who was responsible for the design. The work was contracted to Angelo Carasale who completed  the “real fabrica” in about eight months at a cost of  over 75.000 ducats, according to contemporary accounts. Medrano’s design was of a hall of 28.6 x 22.5 mt, with 184 boxes distributed in six tiers and a Royal box for ten people, for a total amount of 1379 seats.

We hope to be able to provide ticketing, special tours and other services soon.