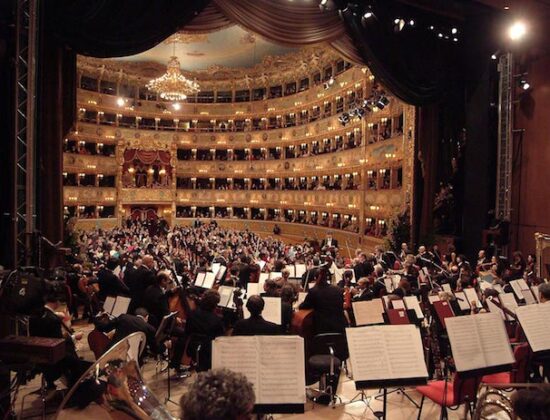 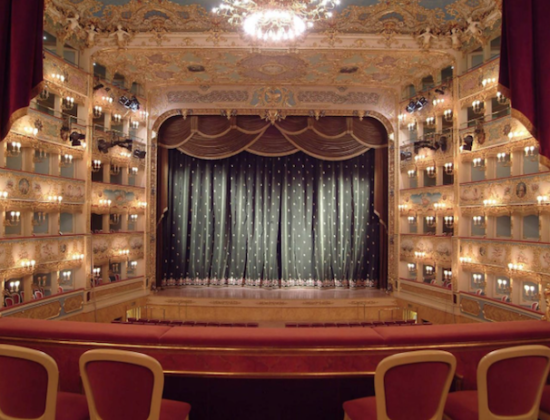 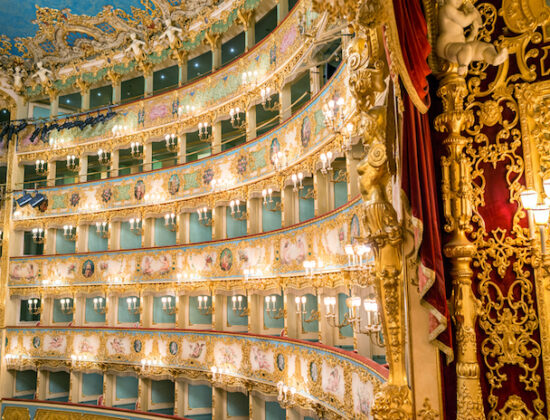 *ATTENTION*: due to the current COVID 19 pandemic all shows are suspended until further notice

Teatro La Fenice is an opera house in Venice, Italy. It is one of “the most famous and renowned landmarks in the history of Italian theatre” and in the history of opera as a whole. Especially in the 19th century, La Fenice became the site of many famous operatic premieres at which the works of several of the four major bel canto era composers – Rossini, Bellini, Donizetti, Verdi – were performed.

Its name reflects its role in permitting an opera company to “rise from the ashes” despite losing the use of three theatres to fire, the first in 1774 after the city’s leading house was destroyed and rebuilt but not opened until 1792; the second fire came in 1836, but rebuilding was completed within a year. However, the third fire was the result of arson. It destroyed the house in 1996 leaving only the exterior walls, but it was rebuilt and re-opened in November 2004. In order to celebrate this event, the tradition of the Venice New Year’s Concert started.

We hope to be able to provide ticketing, special tours and other services soon.